Aladdin: The Return of Jafar 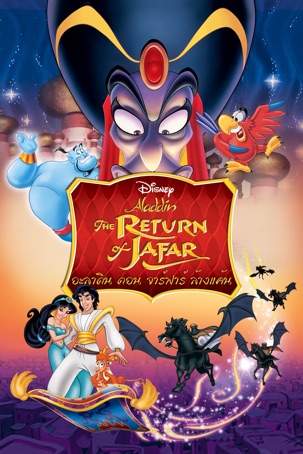 Running time: 69 mins
Released: 2015
Buy SD:
$299.00
Buy HD:
$479.00
Jafar's wish to become the most powerful genie of all imprisons himself in a lamp, until he is summoned by Abis Mal, the Chief of Thieves. Once released, Jafar seeks revenge against Aladdin and it's up to Aladdin and his friends to defend Agrahbah from Jafar's malice.
Movie Price HD Movie Price SD Rental Price HD Rental Price SD