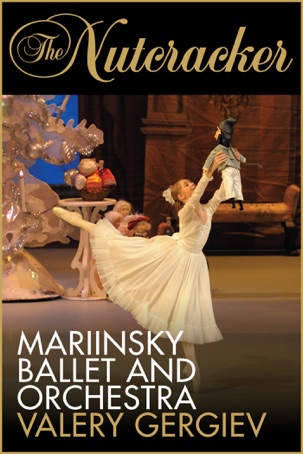 Running time: 103 mins
Released: 2013
Buy SD:
$49.00
Buy HD:
$59.00
In this wonderfully traditional, Russian Nutcracker, performed by the Mariinsky Ballet, Tchaikovsky's glorious score is conducted by Valery Gergiev. Vainonen's colourful production and Virsaladze's stunning designs make this as magical and memorable a Christmas treat as ever. Masha is given a nutcracker on Christmas Eve as a gift from her godfather Drosselmeyer. She dreams of a battle led by the Nutcracker toy soldier against an army of mice. With her help, the Nutcracker emerges victorious and is transformed into a prince. He and Masha travel through a pine forest to the Kingdom of Sweets, where the sugar plum fairy holds a magnificent entertainment.
Movie Price HD Movie Price SD Rental Price HD Rental Price SD