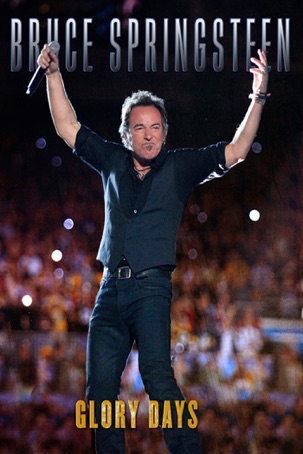 Running time: 52 mins
Released: 2012
Buy SD:
€7.99
Buy HD:
€9.99
Rent SD:
€4.99
Rent HD:
€4.99
Bruce Frederick Joseph Springsteen, more fondly know as "The Boss" by his millions of fans, is widely regarded as one of the most influential songwriters of the 20th century and one of the greatest artists of all time. This is his remarkable story. Born 23rd September 1949 in New Jersey, Bruce showed an early interest in music after seeing Elvis Presley on The Ed Sullivan Show. Getting his first guitar from his Mum at the age of 13 and drawing on musical influences from traditional American popular music, folk, blues and country and of course rock and roll Bruce has since gone on to sell 120 million records worldwide, whilst winning 20 Grammy Awards, two Gold Globes (Best Song for The Wrestler ) and an Academy Award (Best Original Song Philadelphia). Through archive footage and Interviews and personal insights from The Boss himself as well as Patti Scialfa, Clarence Clemons (The E Street Band's saxophonist since 1972, who died on June 18, 2011), and Rolling Stone Critic & Manager Jon Landau this programme takes a look at what made and still makes Bruce Springsteen a living Legend and an inspiration to many Artists to this day including Lady Gaga. "I spent most of my life as a musician measuring the distance between the American dream and American reality" - Bruce Springsteen "While I am the president, he is The Boss" Barack Obama
Movie Price HD Movie Price SD Rental Price HD Rental Price SD