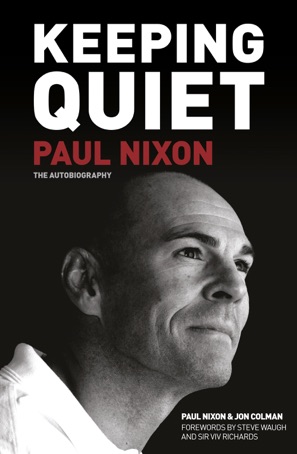 File Size: 10379 kBs
Released: 2012
Buy:
€4.99
Paul ‘mad as a badger’ Nixon is one of cricket’s most distinctive figures, a wicketkeeper known as much for his manic words and deeds as a trophy-laden career which spanned four decades. But behind the bullishness, England and Leicestershire’s most notorious ‘sledger’ was battling strange mental demons both on and off the field. In Keeping Quiet the Cumbrian farmer’s son reveals the nature of his psychological torment and how his career finally took off after conquering dyslexia. He offers a candid insight into the events that shaped his life, including family tragedy, turbulent England tours, a controversial World Cup, turmoil at his county, his sensational swansong, sledging tales aplenty – as well as revelations about match-fixing.
Book Price