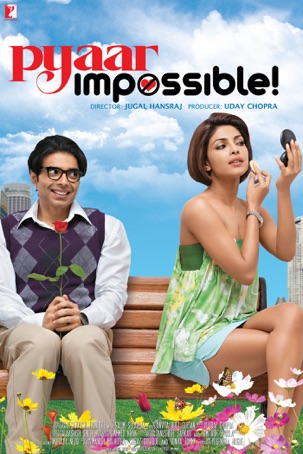 Running time: 140 mins
Released: 2010
Buy SD:
€2.99
Buy HD:
€5.99
Rent SD:
€1.99
Rent HD:
€2.99
In Ankert University, California, Alisha (Priyanka Chopra) is the name of that dream everyone wished came true. The most beautiful girl on campus, she makes hearts flutter like leaves in the wind. A snap of her fingers and a line of boys, waiting on her every whim. Everybody Loves Alisha! It is no surprise then that Abhay (Uday Chopra) loves her too. More than his computer programs and MAC stores he thinks of Alisha. Who is Abhay? Abhay is a nerdy, awkward, socially challenged, bespectacled geek of the college who is so far removed from her world that she doesn’t even know that people like him actually exist. Seven years later their paths cross... and Abhay is reduced to playing nanny to Alisha’s young daughter from a failed relationship. This is his only chance to realize his dream... he must fight off the competition, he must win over her kid, he must be the man she always wanted, but didn’t know it was HIM.
Movie Price HD Movie Price SD Rental Price HD Rental Price SD