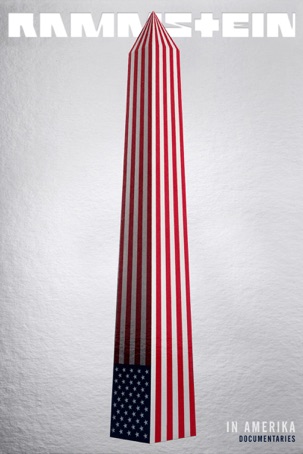 Running time: 143 mins
Released: 2015
Buy SD:
€7.99
Buy HD:
€9.99
„Rammstein in Amerika“ tells the story of this unique band through the prism of the cultural exchange its members have had with the world’s pre-eminent superpower. Home movies and private photos going back to the 1980s take us behind the Iron Curtain to the bands whose members would one day fuse to create Rammstein, while eye-opening behind-the-scenes footage, interviews and incredible concert excerpts from across the years are woven together to tell their amazing tale. We hear from the record execs, PR men, agents and promoters that thought Rammstein could never make it in America, and who lived to eat their words. The key to Rammstein’s success was the overwhelming shock and awe of their live show, a pyrotechnic extravaganza so intense that, to this day, the band can’t play within the city limits of Chicago due to rules dating back to the great fire of 1871. Rammstein aficionado Kiefer Sutherland puts their challenging American journey in context, and the film is peppered with tributes and anecdotes from other famous fans: Iggy Pop, Steven Tyler, Marilyn Manson, Gene Simmons, Paul Stanley, Moby, Chad Smith (Red Hot Chili Peppers) and many more. „Rammstein in Amerika“ is an improbable but ultimately triumphant love story, fraught with adversity, misunderstanding and a heartening amount of cultural give and take. It’s a tale of Eastblock otherness in the American heartlands, of an industry that loves categorisation being invaded by a band that love to confuse, polarise and make people think – that have no qualms about presenting electronica and homoerotica to a rock crowd not famous for tolerating either, and getting arrested for their troubles. „Rammstein in Amerika“ offers an all-access window onto this trans-Atlantic rock’n’roll odyssey. By turns naïve, touching and wild, it is a story of an artistic communion with the fans that transcends all cultural barriers, of thunderous music and, of course, of fire. “Making of Liebe Ist Für Alle Da” is a short film about the making of Rammstein’s Liebe Ist Für Alle Da album. In 2008, after taking an unprecedented year off, the members of Rammstein reconvened on a hilltop in Sonoma in northern California to start work on what would become their “Liebe Ist Für Alle Da” album. This 21-minute film tells the inside story of those sessions.
Movie Price HD Movie Price SD Rental Price HD Rental Price SD