Justin Bieber: The Next Chapter 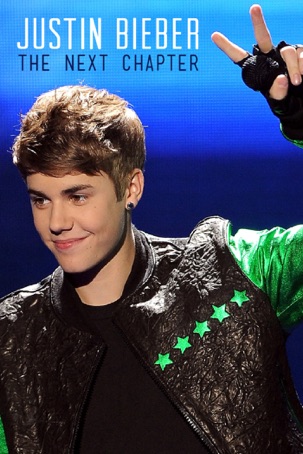 Running time: 66 mins
Released: 2012
Buy SD:
€1790.00
Buy HD:
€2290.00
Rent SD:
€999.00
Rent HD:
€999.00
Justin Bieber is the teen idol of his generation - a young musician with the world at his feet. The transformation from small town Canadian boy to international superstar happened almost overnight for recording artist Justin Bieber. With the help of his mother, Bieber started a You Tube craze fuelled by his baby faced good looks and impressive musical talent. After being discovered by manager Scoot Braun and then being signed to Ushers record label it was evident that Bieber Fever was just getting started. Now a media fixture and a household name Bieber lights up the stage with his Top 40 hits and winning smile.  Some of the worlds leading show business journalists talk about his personal life, his work and his music, with some of Justins greatest music videos also featured like Baby, U Smile, Never Say Never and unseen footage and interviews with Bieber himself on his new album Believe, released in June 2012. The Next Chapter chronicles the life of the worldwide pop phenomenon who continues to tear up the charts with his evolving music style whilst remaining to melt hearts around the world with his eternal charm and boyish good looks.
Movie Price HD Movie Price SD Rental Price HD Rental Price SD