Back from the Brink: How Australia's Landscape Can Be Saved 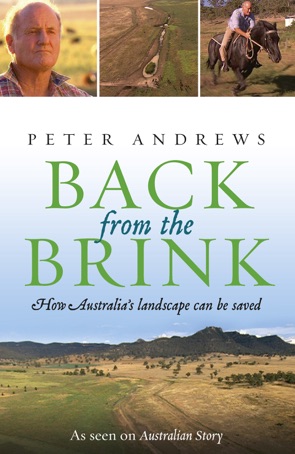 File Size: 2712 kBs
Released: 2014
Buy:
€9.99
Featured on Australian Story, Peter Andrews is a racehorse breeder and farmer credited with remarkable success in converting degraded, salt-ravaged properties into fertile, drought-resistant pastures. His methods are so at odds with conventional scientific wisdom that for 30 years he has been dismissed and ridiculed as a madman. He has faced bankruptcy and family break-up. But now, on the brink of ecological disaster, leading politicians, international scientists and businessmen are beating a path to his door as they grapple with how best to alleviate the affects of drought on the Australian landscape. Described as a man who reads and understands the Australian landscape better than most scientists, supporters of Peter Andrews claim he has done what no scientist ever thought to do - he has restored streams and wetlands to the way they were before European settlement interfered with them. the startling results of his natural sequence farming are said to have been achieved very cheaply, simply and quickly.
Book Price