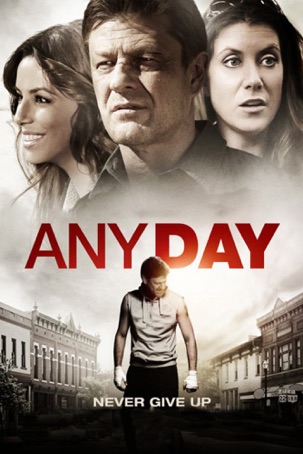 Running time: 98 mins
Released: 2015
Buy SD:
$69.99
Buy HD:
$79.99
Rent SD:
$19.99
Rent HD:
$19.99
Vian McLean (Sean Bean) is an ex fighter who is filled with resentment. He killed a man with his bare hands and has just spent the last twelve years in prison for the crime. Upon his release from prison he comes to stay with his Sister Bethley (Kate Walsh) and her son Jimmy who gets to know Vian and looks up to his uncle as the greatest man he has ever known. Vian struggles to find a job and then meets a girl Jolene (Eva Longoria) and falls in love. Everything seems to be working out, but when a tragic event happens Vian is thrown into a dark place and faces the greatest challenge of his life only to be shown the right path in a sudden experience that will alter his life forever.
Movie Price HD Movie Price SD Rental Price HD Rental Price SD