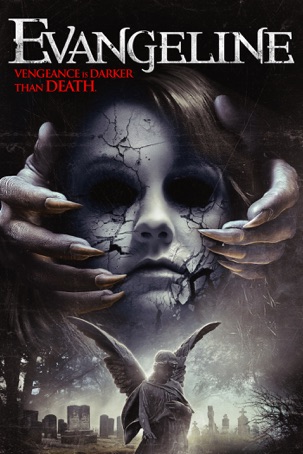 Running time: 83 mins
Released: 2015
Buy SD:
€149.00
Buy HD:
€179.00
Rent SD:
€49.00
Rent HD:
€49.00
Evangeline leaves home to expand her horizons at college. But just as Evangeline makes friends and begins to break out of her shell, she attracts the attention of a sociopathic fraternity leader and his two sadistic cohorts, who beat her to death in an isolated cabin. Evangeline’s corpse is left to rot in the woods, where it is invaded by an ancient demon spirit. The demon restores Evangeline to life. She is now able to avenge her murder, however, the more Evangeline inflicts deathly violence upon her killers, the more demonic she becomes. Her face begins to resemble a powdered white death mask. Slowly losing her humanity, Evangeline surveys her cracked hands after each revenge killing, realizing she is becoming a demon.
Movie Price HD Movie Price SD Rental Price HD Rental Price SD