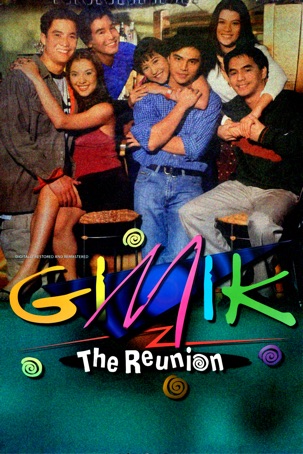 Running time: 117 mins
Released: 1999
Buy SD:
€129.00
Buy HD:
€149.00
Rent SD:
€79.00
Rent HD:
€79.00
Eighteen months after graduation, Ricky (Rico Yan) brings together all his school friends, but his current domineering girlfriend and business partner Brenda (Eula Valdez) is jealous and critical of them. Yet each of his friends has a peculiar problem, like Gary (Diether Ocampo) who is not so friendly with Ricky, feels that Ricky has changed and become arrogant. Gary and his sweetheart Gina (G Toengi) are engaged to be married but Gina wants to back-out after she learns of her infertility. Nurse Melanie (Mylene Dizon) is disconsolate after losing a patient and has broken up with her boyfriend Brian (Bojo Molina), a medical student who wants to be a photographer against his mother’s wishes. Ese (Jolina Magdangal), who is too busy with family concerns, breaks up with her boyfriend Joey (Marvin Agustin) after catching him cheating on her. After Ricky’s break up with Brenda, will his old flame Diane (Judy Ann Santos) come back to him?
Movie Price HD Movie Price SD Rental Price HD Rental Price SD